This is just the english translation of a Hotel Review I wrote on the German MC-Escort message board, just a little and first part of the whole coverage about my Indian Dream Tour.

I would have never on it that my path would lead me to India. The fate has meant it well with me and I won a scholarship on the occasion of my conference participation at the Sexworker Freedom Festival – Weltaidskonferenz hub 2012 at Kolkata, India.  My way led me to West Bengal, from which comes also the just elected Indian President Pranab Mukherjee. Luxury hotels were allowed for me to enter for many times as a call girl, but to stay as a guest invited over a period of time there, had in recent years rarely me, rather in my earlier „civic“ life.

The delegates of the conference, which were flown in from all over the world, sexworkers from 42 countries including myself, a lonely German professional blowjobber and founder of the Pussy Party (PP), accommodated at the Hyatt Regency Kolkata away 5 minutes walk from the Conference Centre Swabhumi, where we spent all day over a week.

I was picked up very kindly on the morning of the 20th by a driver of the hotel, who wore a chic white suit and cap, and on his polite request if Madam likes listening to some music, muted Indian instrumental sound accompanied together with honking through some traffic jam my last step of my journey and straight through the capital to my hotel. The hotel is situated only 11 km from the airport, which is why it is generally very well suited as a business hotel.

It was the first impressions of a completely foreign culture and a memorable experience in the next few days, which I am not yet awakened as in a dream, with a smooth driver in the Indian hack, a Japanese air-conditioned model.

The elegant hotel Director received, obviously German provenance, me and the other delegates himself and after 4 hours sleep in two consecutive nights and a 30 hours trip (thanks to Jet connect and Jet Airways in time!) including a sleepless overnight in a NAP at the airport of Delhi I preferred instead of bare floor, I enjoyed my first breakfast, a french croissant and an Italian café.

I referred a double room with separate beds (with continuous mattress, there are of course other rooms), that I shared with my collegue from Lagos/Nigeria, a sexworker and political activist; a wonderful woman who has been through several battles of which we can hardly have guessed in Europe and not imagine in our worst nightmares. Sexwork is under death penalty in Nigeria. I can’t do what this means in the HIV prevention work and the situation on the ground, for a sexworker like me, pampered with the German law hardly to imagine.

The road between air-conditioned rooms of the conference centre and hotel led through a slum and a temperature outside of 38-40 degrees and about 80% humidity during the current monsoon period. The conference topic was on the freedoms of sexworkers and the daily run through the slum and the unbearable hot and permanently moist air, which bore the pungent flavors of all human body fluids, I felt remembered to the movie „The Shawshank Redemption“, an American prison and breakout film starring Tim Robbins and Morgan Freeman as Andy Dufresne paves its way to freedom through a sewage pipe.

Poverty is visible and fresheners, of course not in air-conditioned cabs, starving is still in large parts of India, where 2/3 of the population of the country side still lives and thanks to endemic corruption in recent decades the living conditions for the majority of the population are still bad and will remain uncomfortable, even if headlines to the BoomTown Bangaloore regularly including this to forget. The Government of the Communist Party, which not only in West Bengal ruled for decades, it was the emerging middle class and the hunger strike of one individual activist, who highlighted the corruption and the public widely he found support to send them to packing. Unfortunately nothing has changed on the corruption and populist win votes, especially in the rural areas, where illiteracy is that normal, lets hope so quickly hardly positive. The troughs are always the same, just change the pigs as we say; say: the political elite seems like almost anywhere in the world, hardly on the welfare of their citizens to be located, representatives we ve learned. The idea to. I read them every day in the Indian newspapers.

The political legacy has produced but also something good, namely form a Sexworker Union with now 65,000 members, which is unique in the world; DURBAR is the name and was the host of the Conference, which could be realised in cooperation with NSWP, the global network of Sexwork projects, was set out and thanks to supporters and sponsors. The Dutch Government was indeed the only government which was here and financially involved; otherwise no single government of this world. The delegates, me,  have to thank all supporters that we were allowed to take part in this global sexworker conference. This is mainly due to an extraordinary event team of NSWP, that was unimaginable in the truest sense of the word.

I must say I am also thankful that I was able to make rest every evening after every exciting conference day in this comfortable hotel and showed me once again I am equipped with what privilege means as an European. At the same time I realized, this luxury of a hotel, where businessmen and women usually move in, is nothing more than a small break with certain amenities offered to harried people in a world of a much high performance. In the smoking lounge of The Bar at Hyatt I was a random listener of a conversation between Swiss engineers some days ago, who exchanged about their jobs in recent days in South-East Asia. Oh my dear, what for a comfortable living I spend as an escort in my hometown and while on other activities at the desk. Though nomadism located in my blood, finally it was my father I ve been almost with on my almost livelong travels.

The hotel itself is a monolithic, which only abstract reminds us in oriental architecture, which is advertised with Italian design; surrounded by green areas and a beautiful large outdoor pool, lukewarm. Security forces at the hotel entrance and before the entrance check in bags and vehicles. The hotel has several restaurants and bars, where you can dine excellently. The breakfast buffet was famos; a blend of Indian and European treats.

You will be pampered and spoiled rotten by the staff. An affection and kindness I learned everywhere, which is why you saw me mostly laughing.

I had to call the housekeeping, since the jeans on my left bum cheek was burst during my 30 h flights and it was promptly sewed. The next day the zipper tore and here, too, it was quickly help. The long journey, the unfamiliar climate that made a balloon out of me and I stumbled with lumbago and indigestion four days through the area. On the fifth day of my stay, I was back to old form and could topple more relaxed than a hippo in the waters of the hotel pool. Unfortunately, I had forgotten my swimsuit, but in the hotel’s SPA, I could purchase a swimsuit which was too large to two numbers and place for the balloon. I deliberately left it up when I left.

Finally, I am relieved and landed exhausted after three flights on time to Berlin and still dreaming in my local bed. Nice I saw man good looking Italians at the Milan stopover; beside moaning young German tourists in the queue with bad clothes on. Welcome back Germany!

I wish a beautiful and refreshing summer to all of you!

a girrrl in any kind of situations, a lady on stage, well-known for her strictly forbidden services

*** commercial break ***
its my best escort tour,  my bling-bling-tour, its about pussyleaks, politics and the rest, my travel across borders, nations & classes.
serviced by

Get in touch
Edinburgh August 5 – 29th
office & mobile phone hours 10am – 2pm
+44 (0) 77 48 48 3183 pre-booking welcome
Availability for Outcalls & Social Time at Lunch or Dinner by a minimum of 2 hrs
only by appointment
my performances will be at 5pm (17:00) everyday but wednesdays at a place called The Hive on Niddry Street.
http://clubhive.ning.com/
http://www.laughinghorsecomedy.co.uk/dynamic/show.asp?ShowID=538
Festival Preview 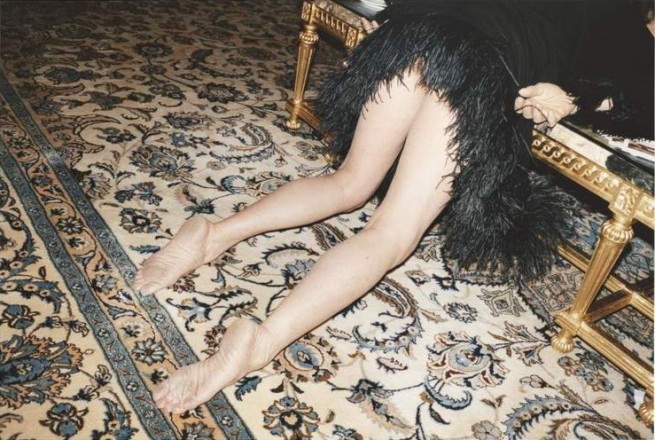